How Many Ways Can You Cook A Chicken?

Hello Everybody! It's been a couple of years since I've updated this website, and A LOT has happened since then... really a lot has happened in the last 8 months! I became a MOM! and Shane and I started a small business. Both are awesome, exciting, and going well, but we do lack time and money these days, which is all the more reason to start saving again (and maybe doing another frugal challenge of some sort ;-) ).

Anyway, my son is 3 months old now, and I have finally begun to get into a normal routine...ish. Part of that routine is him napping for an hour or so every afternoon. While he's napping, I have been able to get back into the kitchen to make and freeze things from scratch! On Monday, I made/ froze homemade cinnamon rolls (they look/ taste just like the Cinnabon ones you get at the mall). I bake them, allow them to cool, then bag and freeze. Shane doesn't like cream cheese, so I use this recipe for icing (tastes like the icing on the Pillsbury cinnamon rolls you get in the can) and freeze it in a separate container. 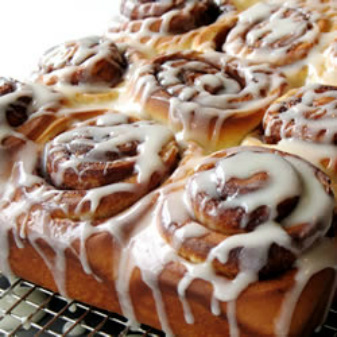 On Wednesday, I cut up two whole chickens and made/ froze them in 3 different ways. I have talked before about how much money you can save by cutting up whole chickens rather than buying chicken breasts, and I still swear by it. If you go a step further and prepare them for future meals like I did, it takes a lot of time initially, but it's worth it. It took me about 2 hours to do all of this, but Shane and I will now get to indulge in a few quick dinners over the next couple of weeks!

The first thing I did was cut out the breasts. I took two, cut them each in half, and breaded them to make this copycat recipe of Chick Fil A's sandwiches. I marinated the breasts in pickle juice while I cut up the rest of the chicken, then came back to bread and freeze. I did not pre-fry these. 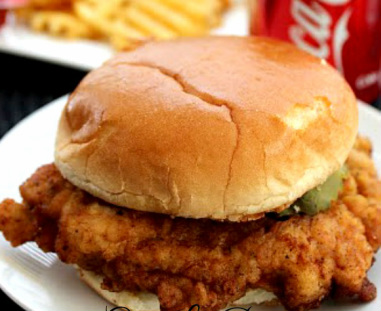 I took the other two breasts, chopped them up into bite size pieces, and took the wings as well and made this copycat recipe of Hooter's Wings. (If you haven't noticed, I get a big kick out of making things we get eating out, but at half the price! Oh, and with this one you get the good wings without the boobs ;-) )  I went ahead and pre-fried these at 300 degrees for a minute or so in my deep fryer before freezing so 1) they wouldn't stick together, and 2) they would be extra crunchy when I'm ready to fry/ eat them. 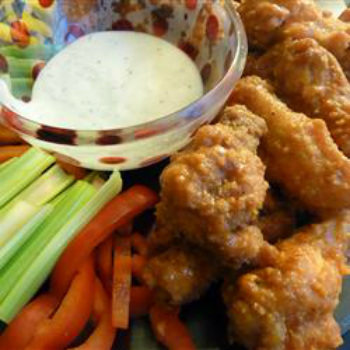 Last but not least, I took the legs and thighs and tossed them into the slow cooker with some salt and pepper. When cooked through, I shredded them, bagged, and froze them for some... healthier meals. I promise you Shane and I don't eat greasy food daily, but I don't think there's anything wrong in satisfying that craving every now and then!